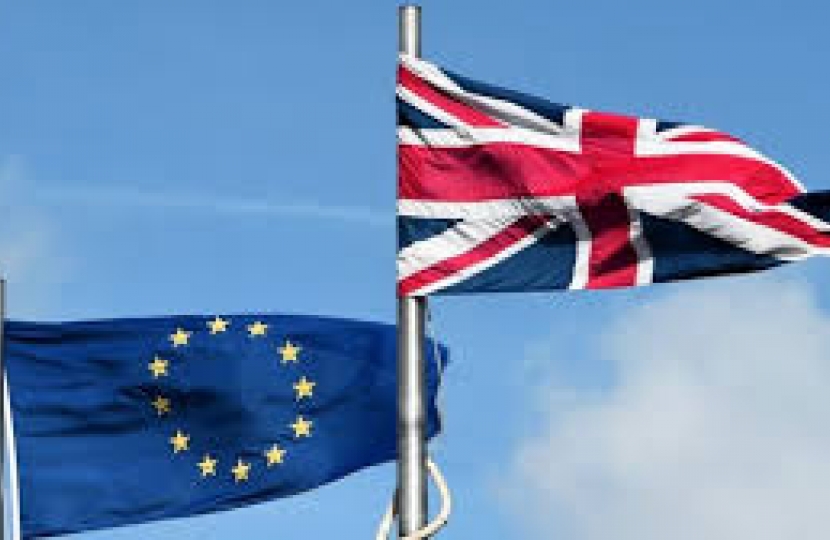 As we approach the first anniversary of the historic 23 June referendum, there has been a great deal of debate, legal wranglings and political interventions over the UK’s decision to leave the European Union. In the end, the Article 50 (EU Notification of Withdrawal) Bill passed through the House of Commons without a single amendment with MPs voting 489 to 114 in favour.

On 29 March 2017, the Prime Minister - keeping to her self-imposed deadline - triggered Article 50 of Lisbon Treaty, giving official notice of Britain’s withdrawal from the EU. This now begins a two-year negotiating period in which the Government will seek to achieve the best possible deal for the UK. But the Prime Minister was clear that while we are leaving the EU, we are leaving in a spirit of friendship and will continue to cooperate closely with our European partners. After all, we share many mutual and overlapping interests.

A recurring theme throughout the debate has been speculation regarding the shape of our future trading relationship with the EU. It has been confirmed that we are leaving the single market – something that had to happen if we were to regain control over our policies.

We should not fear leaving what is an economic unit in decline but embrace the opportunity to agree customised trade deals with new and old friends alike. We will, of course, still have access to the single market - much like the United States or China - but we won’t be tied to a bloc in which our economic interests were competing against 27 other interests.

Another issue which has gained a lot of attention recently is the prospect of concluding the two-year negotiating process without having achieved a trading agreement.

It is entirely likely that a deal will be reached between the UK and EU, and there is no reason why it can’t be amicable, friendly and mutually beneficial. Let’s not forget that we import more from the EU than we export to the continent. Consequently, it is within the EU’s interests to retain a close trading relationship, considering we are a major importer of their goods.

Our trading relationship with Europe did not begin in 1973 and nor will it end in 2019, it will simply evolve and move onto the next phase in our centuries long association.

We now have an exciting opportunity to shape our country, free from the constraints of the EU. When I speak to constituents, whether they voted remain or leave, their message is clear that we should just get on with things and move forward.

Article by Kwasi for the Surrey Advertiser

This week has been one of the most momentous weeks in the House of Commons since I first had the honour of being elected Member of Parliament for Spelthorne in 2010.

Leave MP SCOLDS Remoaners Brexit farce: 'I would be pro-EU if that’s what people wanted!'

A fed-up Kwasi Kwarteng hit out against bitter Remoaners as he declared he would have been the “most profoundly pro-EU person” if that is what people had voted for.