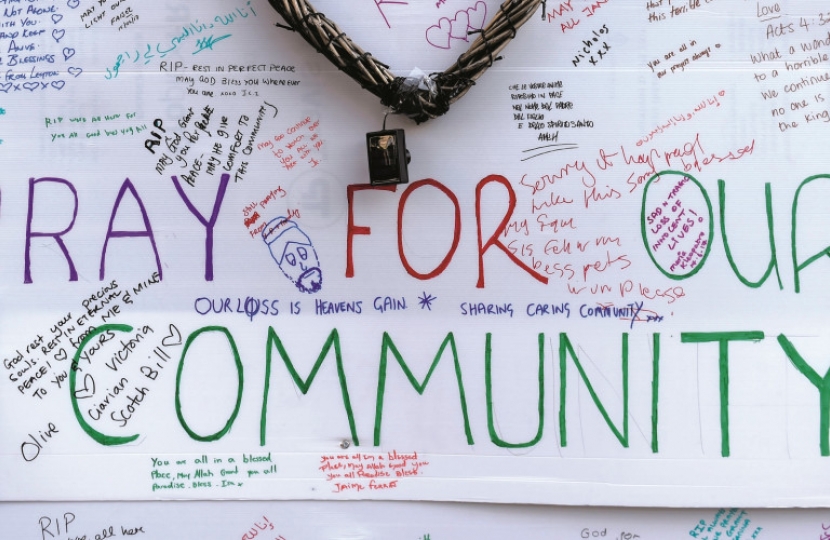 This tragedy forces us to reflect on the nature of our society and our ability to connect with people across the community, writes Kwasi Kwarteng

The fire at Grenfell Tower last June was a national scandal. I have known the area of North Kensington and Notting Hill, where the Tower stands, all my life. I still find it hard to comprehend how such a disaster could have happened there. My mother’s cousin lived on the 24th floor of Trellick Tower in the 1980s, about a mile away from Grenfell Tower. I visited her numerous times, and can well imagine the sheer terror that gripped residents as their building and homes were engulfed in flames.

What happened was an appalling tragedy. Seventy-two people lost their lives as a result of the events at Grenfell. More than 300 lost their homes, and almost all their possessions. Others living in the area, as well as fire fighters, police officers and ambulance crews, have been deeply traumatised by what they saw that night.

Notting Hill, of course, has a particular resonance with the Afro-Caribbean community. After the Second World War the area became a hub for families who had left the Caribbean and Africa to make a new home in Britain and it was here, in late August 1958, that far right thugs showed open hostility to many black families in the area. Many people engaged in fighting, and it was this bad feeling which prompted the organisation of what would become the Notting Hill carnival.

Notting Hill will always have a special place in the heart of the Afro-Caribbean community in London. However, over the past 20 years or so, the area has changed. Property prices have risen and a new, wealthier community has been attracted to the area.

There was a feeling among some of the local community that they had been side-lined by the changing priorities and “gentrification” of the area. There is a suspicion that, as the Royal Borough of Kensington and Chelsea has got wealthier and wealthier, the people running the borough have forgotten some of the less-advantaged members of their community.

I know many councillors in Kensington and Chelsea, and they are among the most hard-working and selfless councillors anywhere in the capital. They take their civic obligations seriously. I am fully confident that they always have the best interests of all their residents at heart. Yet the perception among some residents at Grenfell Tower is very different and, as we all know, perception is often reality in politics.