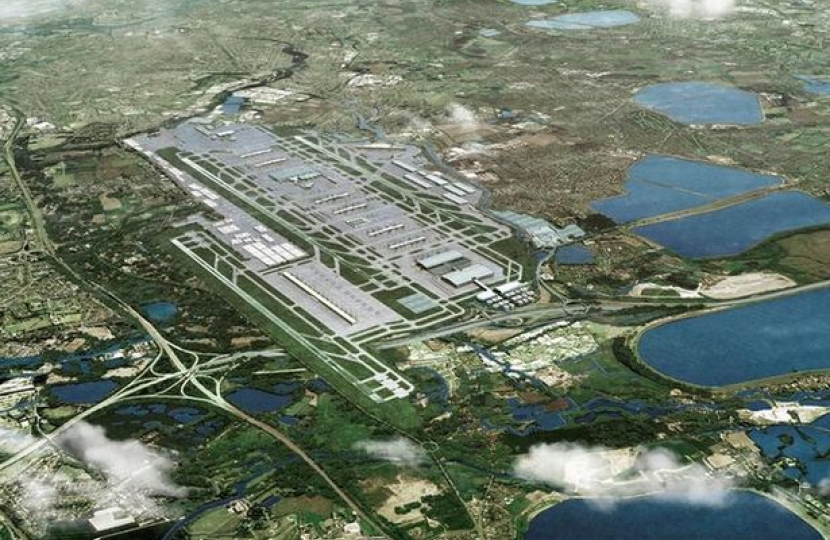 Heathrow faces the ‘mother of all challenges’ to meet the conditions set out by the Airports Commission to build a third runway, says a campaign group.

Sir Howard Davies’s report, published on Wednesday, backed Heathrow’s £17 billion expansion plan – saying it would provide a £147bn boost to Britain’s economy over 60 years – but only if it met a host of restrictions on noise and air pollution.

The conditions suggested by the commission include a ban on night flights, from 11.30pm to 6am, as well as a commitment from parliament not to expand the airport with a fourth runway.

'Mother of all challenges'

Chairman of anti-Heathrow campaign group HACAN, John Stewart, said it would be very challenging for Heathrow to meet the conditions. “Heathrow will face the mother of all challenges to meet the conditions for a third runway set down by Davies,” he said. “If they are laid down in law, which I think they will be, it will be difficult to meet most of them. The night flights will be the hardest for Heathrow to deliver. They will need to persuade their customers, particularly British Airways which runs most of its flights before 6am, to run later in the day. There is the length of a runway to go between the recommendation and the government’s final decision.”

Mr Stewart urged Heathrow to show its hand on new flight paths and to be up front with communities in places such as Spelthorne.

Englefield Green Action Group, set up last year to stop trial flight routes by the airport, said it was surprised by the recommendation.

“We don’t believe the environmental social costs have been evaluated as rigorously as they should be,” a spokesman for the group said.

“Our position hasn’t changed and we will continue to campaign against the Heathrow option.”

The long-awaited verdict comes three years after a panel of experts was formed to set out recommendation for expanding British aviation capacity.

Spelthorne Borough Council has been a supporter of Heathrow expansion and welcomed the ‘series of strong measures to address environmental and transport concerns’.

But Labour Surrey County councillor Robert Evans, who has opposed expansion at the airport for 20 years, accused the borough council of being shortsighted. “It’s not right and I’ve never thought it was right,” he said. “Those restrictions could be lifted. You can say that now, but the airport said that about not building Terminal 5. A legal agreement can be changed. A lot of local residents are unhappy. We are a clever country and just to say we need to keep up with Frankfurt, Paris and Amsterdam is not good enough. Davies spent a lot of time and so much money and then comes back actually with the worst option of all three. Those figures [about the economy] I take with a pinch of salt.”

In 2009, prime minister David Cameron said there would be ‘no ifs, no buts’ when ruling out expansion at Heathrow, but on the announcement of Davies’s £20 million report, Downing Street officials said they wanted to digest it properly, without making ‘a snap judgement’.

Key government figures have vehemently opposed Heathrow expansion, including Mayor of London Boris Johnson who said on Wednesday there would be no need for him to lie down in front of bulldozers to stop a third runway because it is not going to happen.

Foreign secretary Mr Hammond said: “I have always believed maintaining our international connectivity is critical for the UK’s long-term economic growth. "As an MP, I am on public record with my views on the potential expansion of Heathrow expansion. "The Airports Commission has completed a large and extremely detailed report, which I will now examine carefully.”

Mr Kwarteng said Sir Howard Davies’s well-presented report had given a clear sense of direction. “Heathrow is the world’s best airport and it must be allowed to adapt and grow,” he said. “The airport is so important for jobs locally. Equally, the environment and residents need to be protected. The report carefully sets out how this can be achieved.”

Heathrow faces mother of all challenges to meet Commisions conditions