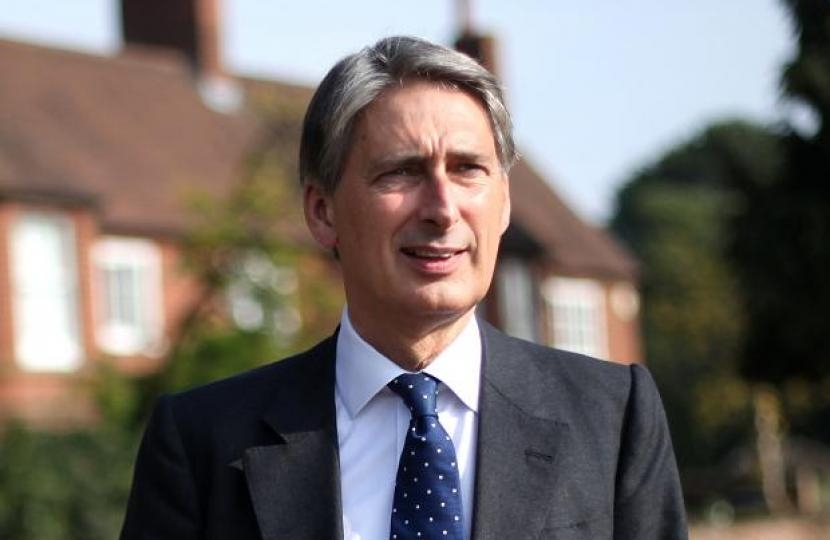 Nearly seven years ago, we took over an economy on the brink of collapse, with the highest budget deficit in our peacetime history. We took the tough decisions to tackle that deficit, rebuilt Britain’s shattered fiscal credibility and created more than 2.7 million new jobs.

The Budget I announced today helps us make the most of the opportunities that lie ahead – keeping our economy strong as we leave the European Union. It builds the foundations of a Britain that is stronger, fairer and more global – a country that works for everyone.

It supports ordinary working families in their aspirations for a better life for themselves and their children. Last year we delivered a pay rise to a million of the lowest paid with the National Living Wage, which will rise again to £7.50 in April – an income boost of over £500 for a full-time worker this year. The personal allowance will rise for the seventh year in a row, benefitting 29 million people and meaning a typical basic rate taxpayer will pay a full £1,000 less income tax than in 2010. But more needs to be done to make ends meet. That’s why, we are rolling out our Tax-Free Childcare policy worth £2,000 per child up to the age of 12 and doubling the free childcare amount for working parents with three or four year olds. Together, these are worth up to £5,000 a year.

It ensures that people have the skills that they need to succeed in a global Britain. We have ensured that young people have the skills that they need to get on in life, with 2.4 million apprenticeship starts in the last parliament and 3 million more by 2020. Today, I have announced the most ambitious post-16 education reforms since A-levels were introduced 70 years ago. We will provide funding to increase the training for 16-19-year-old further education students by over 50%, with 15 new technical routes and a work placement for every student. Once this programme is rolled out, we will be investing an additional £500 million a year in our 16-19 year olds, giving them the technical skills they need to succeed in the world of work, and giving businesses the edge they need to compete in a new, global Britain.

And it keeps our economy strong – preparing for our future outside the European Union. When we came in to government, we were borrowing £1 in every £5 we spent. This year it is set to be £1 in every £15. We remain committed to returning the country to living within its means, and this Budget makes progress on this by reducing borrowing as set out at the Autumn Statement.

Michael, this is a Budget that will build an economy that offers better jobs, with better pay.

As I said at the start, the economy that Labour left us was on the brink of collapse. And, as was demonstrated two weeks ago in Copeland, Labour are out of step with the concerns of ordinary working people. Labour would not control public finances and would crash the economy like they did last time. Labour are too divided and divisive to build a country that works for everyone.

Today as we prepare to begin our negotiation with the European Union, this Budget prepares Britain for a stronger, fairer future.

So if you’re not already a member, please join the Conservatives today – and together, we can build a country that works for everyone.

Thank you for your support.

Philip Hammond
Chancellor of the Exchequer