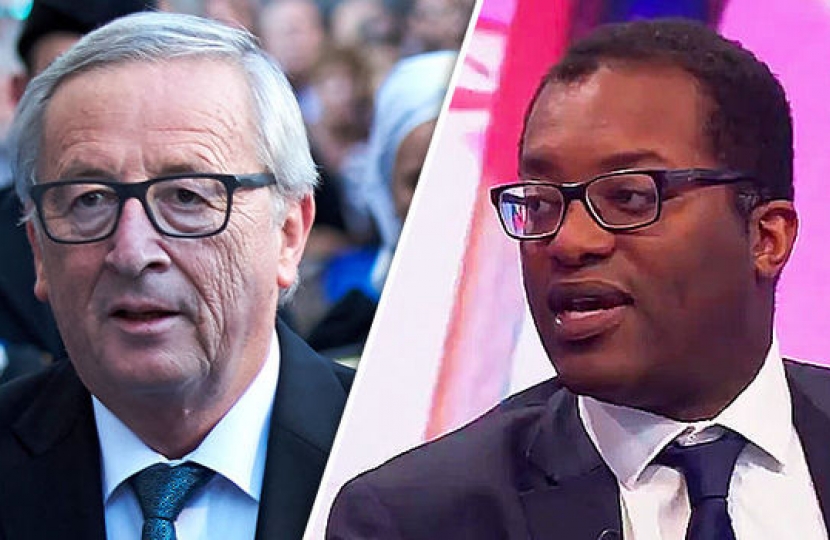 Mr Kwarteng slammed Brussels for the lack of a consistent Brexit negotiating after leaks claimed Jean-Claude Juncker labelled the Prime Minister as "anxious" and "desperate" during a private dinner in Brussels.

Speaking to the BBC Victoria Derbyshire programme, he said: "I’m not sure how much credence we can give them. Martin Selmayr, who is the chief of staff of Herr Juncker, has already been fingered for leaking the first meeting all those months ago.

"The story appeared in the same paper, the Frankfurter Allgemeine Zeitung (FAZ), so there is some pattern in this. What I would say is that they’ve been playing lots of games. Lots of games are being played on the EU side and what the Prime Minister has always said has been actually been very consistent