Kwasi was born and raised in London. He studied Classics and History at Cambridge University, and then attended Harvard University on a Kennedy Scholarship. He completed a PhD in Economic History at Cambridge in 2000. Before becoming a Member of Parliament, Kwasi worked as a financial analyst in the City, and as an author.

Kwasi was elected as the MP for Spelthorne on 6 May 2010 and was re-elected in 2015, 2017 and 2019. Since being elected, Kwasi has served on the Transport Select Committee, the Work and Pensions Select Committee and as a member of the Public Accounts Committee.

Kwasi has also served as Parliamentary Private Secretary to the Leader of the House of Lords and the Chancellor of the Exchequer. In 2018 Kwasi was appointed Parliamentary Under-Secretary of State in the Department for Exiting the European Union, and in 2019 he was appointed as Minister of State in the Department for Business, Energy and Industrial Strategy.

In January 2021 Kwasi was appointed as Secretary of State at the Department for Business, Energy and Industrial Strategy.

In Spelthorne, Kwasi has consistently supported local enterprise, and in 2013 he launched the Spelthorne Business Plan Competition to find and support the local entrepreneurs of tomorrow. The competition has successfully taken place every year since, except in 2020 due to pandemic.

Kwasi has written several books, and continues to have a keen interest in history, as well as in music and languages. 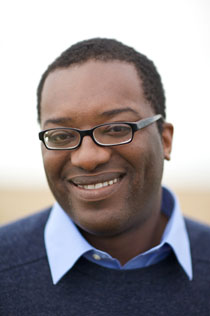