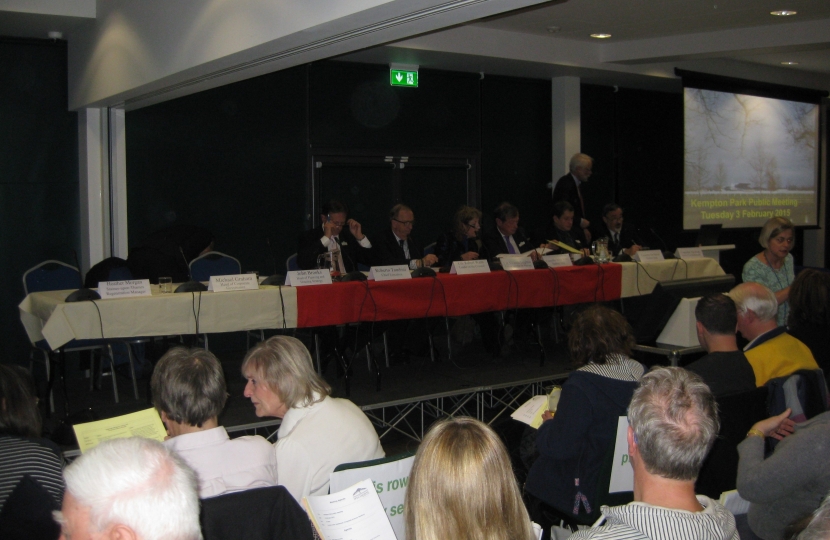 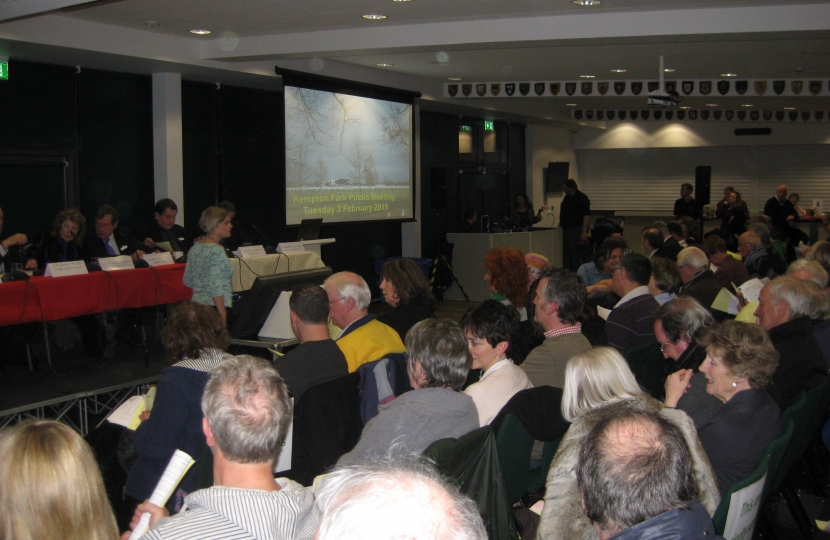 Spelthorne Borough Council held a public meeting on 3rd February 2015 to address concerns about an alleged scheme for a 1500 housing development on the green belt at Kempton Park.  The meeting was at the Hazelwood Centre (London Irish), Croysdale Avenue, Sunbury.

The meeting was chaired by Spelthorne Chief Executive, Roberto Tambini

Councillor Robert Watts, Leader at Spelthorne Council, started the meeting with a statement outlining the Council's strong commitment to protecting the Green Belt. "We can't stop developers putting planning applications in," he said.  "But we can be clear about how we will deal with them if they do." "We have a very clear Green Belt policy and it is backed up by an equally clear government policy."

Head of Planning, John Brooks, then gave a presentation on the Planning Context, an overview of what Green Belt means, planning for future needs and associated issues.

Questions were also taken about the Sunbury Health Centre

Is there a planning application?

What is the Council’s position on Green Belt?

Why did the Council hold meetings with Kempton Park / Jockey Club?

Are there other Considerations?

Agreement on the land (called a “Deed of Rent Charge”)

For full details of the meeting, including an audio recording of the meeting are available on the Spelthorne Borough Council website. Click here